Hey Mom, have questions about Homeschooling? Here’s what other moms had to say.

What’s an inspirational story your family passed down?

My story is that of my homeschooling experience with my daughter. I had originally pulled my son out of PS because he was constantly bullied and eventually attacked. After a lot of stress and arguing over the decision to homeschool, my husband and I came to an agreement -- if it didn't work out, my son would go back to PS, but if it worked well, we agreed his younger sister would be pulled out as well. It worked well -- the following year my daughter was pulled in the beginning of her 8th grade year. Though they both thrived well in a home environment, it is the story of my daughter that is the most inspirational. At 13, she was upset because she didn't know what she wanted to do post High School graduation (her older brother was born for computer technology). I told her to pick a passion, and we could seek opportunities for her to pursue it, as she was available during the day. She watched the movie "Regarding Henry" and said she was interested in Physical Therapy (helping others who had been through a trial to succeed). Upon calling a Phys. Rehab center and asking what she could do at her age to pursue this, they suggested "Candy Striping" at our local hospital. The hospital put her in the Admin area, which she hated. I got a phone call asking for permission to put her in a clinical area, which they were willing to waive (she was 13 and Candy Stripers must be 15 to volunteer in clinical). Her first day in the Surgery Dept., she came home excited that she had watched a C Section, and her details gave me the willies! I told her, if she thought that was "neat", perhaps she belongs in the medical field? By the age of 15, the nurses and doctors in the department trusted her, and she had even assisted in an emergency gall bladder surgery when a new nurse panicked and had to be kicked out of the room. I was told by the doctor performing this surgery that she would rather my teen daughter assist her at any time rather than an intern nurse. She remained in this department as a volunteer until her 18 birthday ... on that day she was handed a cake, an offer of employment, and a scholarship to the Nursing program which included a 20/40 program (work 20 hours a week and paid for 40 while in school). I graduated her with a Homeschool HS diploma at 16, she entered Community College and knocked out her prerequisites, and entered the Nursing Program at 19. In 2013, I stood on the stage in her graduation ceremony and proudly "pinned" the youngest student in the class. Now 30 years old, she is the head Charge Nurse in the ER department on the front lines of this pandemic in Northern California, with 17 years experience in a hospital setting. I watched my daughter secure her faith in God as He swung doors wide open for her, and without hesitation, she walked right through them. None of these experiences would have ever happened had she remained in public school.

"I hope that works!"

I don't have any from my family, but I do from my husband's. When my husband was a toddler switching to solid foods, he was unable to keep any of it down. He vomited each of his meals. This went on for some time to the point that he only weighed about 14 pounds at the age of two. His parents took him to their doctor who, after examining him, said, "I think I know what the problem is, but I will have to fly a specialist in from out of state to examine him." The specialist came, and confirmed the disorder. A web-like tissue was blocking the food from reaching his stomach. If they performed surgery to remove this 'web', scar-tissue would grow in it's place. The prognosis was not good. There were only 4 other cases of this disorder in the United States and each of the other patients had died. The doctors could only say this, "The more food you can keep down him, the longer he will live." So he lived on baby food for quite a while. He grew, but was very tiny. Any time they tried solid food, he threw it up. There came a time when he refused to come to the supper table; he would hide behind a chair when his dad came home from work, because he knew it would be time to eat. He skipped kindergarten because his parents were worried about his health. It broke their heart. One year, when my hubby was around 8 or 9 years old, his dad had heard that Jimmy Swaggart was coming to the area for a prayer event. In faith, he took his little boy. They had to sit in the balcony because of the crowds. When the time came for people to be called forward to share their prayers, his dad brought him to the rail and prayed in faith along with the minister's other prayers. To this day, my husband doesn't remember any of his sickness, but he remembers that moment, looking up into his daddy's face...tears streaming down his cheeks. They went home. Over the next days, my husband became less and less opposed to eating. Dad had an easier time convincing him to come out from behind the chair. One day, near the end of about one month, Dad came home to find his son SITTING AT THE TABLE, ready to eat! His heart was overcome with joy. My husband grew to be strong and healthy. The adults didn't see how he was going to survive, but he did survive, and now he and I have nine healthy, God-loving children of our own.

"I hope that works!"

No matter where you find yourself in the homeschooling journey, we’ve created a community of women who have varying experiences but one united goal: making homeschooling possible. 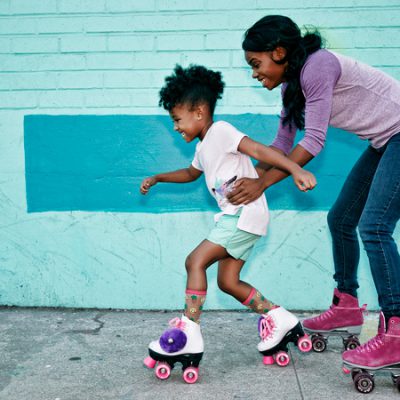 How did you overcome something hard you faced as a child?

What history topics do you want your children to appreciate?

Who made the greatest impact on your own education?

What’s a quirky detail about your kids’ learning styles?

What would your kids say is something quirky about you?

If you could go back in time to any era: when and why?

We’re Here to Take Care of What You Need

With decades of experience, our team of legal advocates and educational consultants stands ready to help you with practical advice, academic planning tools, and personalized support. We are confident that you can make homeschooling possible.

Because each state has different laws, we work to make sure our members have the most up-to-date information and policies that apply to them. We’re here to provide the protection you need, so you can focus on what you love — your family.

When you call HSLDA, you are talking to a team of fellow homeschool parents and homeschool grads. Let us put your worries to rest and equip you for success. Get customized and practical advice that works for you.